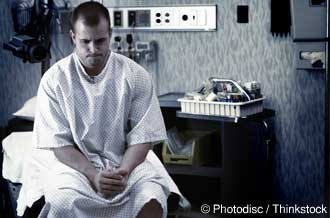 10 Ways to Address Your Root Causes of Infertility – Naturally

Why Haven’t Infertile Couples Been Told These Facts?

*  How Toxic is Your Average Laundry Detergent?
*  Items Hiding in Your Kitchen Cabinets to Use as Alternatives to Toxic Cleaners
* How to Avoid the Top 10 Most Common Toxins 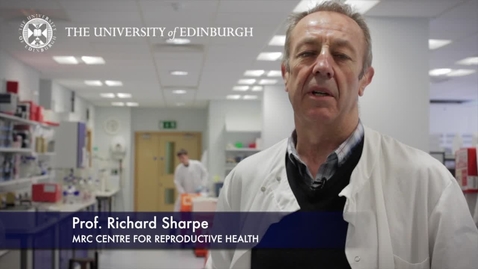 Males of All Species are Becoming More Female 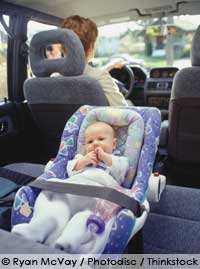 Why it’s Important to Protect Your Child from Chemicals

Remember, children experience greater exposure to chemicals pound-for-pound than adults, and have an immature and porous blood-brain barrier, which allows greater chemical exposures to reach their developing brain. Children also have lower levels of some chemical-binding proteins, according to the Environmental Working Group, which allows more of a chemical to reach their organs, while systems that detoxify and excrete chemicals in adults are not fully developed.

These factors, coupled with the fact that a child will be around for 80 years or more, allows more than enough time for chemicals to do their damage and signals a major challenge for kids born today. I encourage everyone with children or grandchildren to review Theo Colburn’s Our Stolen Future, which is a great resource on this topic. In the meantime, there are numerous ways you can help take some of this chemical burden off of your child, such as:

99 Percent of Pregnant Women in U.S. Test Positive for Multiple Chemicals — Including Banned Ones

Do You Know the Dangerous Chemicals in Common Baby Products?

You’re probably aware of the role diet and exercise play in maintaining a healthy weight, however, while these are the primary culprits in obesity for the majority of people, they are not the only ones.

Your body is actually the product of your environment, and this includes not only your personal lifestyle choices, like what you eat for breakfast and how active you are, but also what chemicals you are exposed to in your food, water, personal care products, and so on. It is becoming quite clear that these chemicals interact with your body on multiple levels, leading to complex changes in your endocrine system, organs, tissues and even your fat cells.

What are Persistent Organic Pollutants (POPs)?

Persistent organic pollutants (POPs) include chemicals like dioxins, DDT, polychlorinated biphenyls (PCBs), and pentachlorophenol (PCP). They persist in the environment and resist breaking down, accumulating in the food chain and posing serious risks to human health and the environment. For instance, even though PCBs have been banned in the United States for decades, they are still present in your environment.

According to the U.S. Environmental Protection Agency (EPA):

“Many POPs were widely used during the boom in industrial production after World War II, when thousands of synthetic chemicals were introduced into commercial use. Many of these chemicals proved beneficial in pest and disease control, crop production, and industry. These same chemicals, however, have had unforeseen effects on human health and the environment.”

Among them, POPs have caused birth defects and other abnormalities among wildlife, along with damage to virtually every human bodily system. As the EPA notes:

“Studies have linked POPs exposures to declines, diseases, or abnormalities in a number of wildlife species, including certain kinds of fish, birds, and mammals. Wildlife also can act as sentinels for human health: abnormalities or declines detected in wildlife populations can sound an early warning bell for people. Behavioral abnormalities and birth defects in fish, birds, and mammals in and around the Great Lakes, for example, led scientists to investigate POPs exposures in human populations …

In people, reproductive, developmental, behavioral, neurologic, endocrine, and immunologic adverse health effects have been linked to POPs. People are mainly exposed to POPs through contaminated foods. Less common exposure routes include drinking contaminated water and direct contact with the chemicals.”

A new study of 70-year-olds set out to determine whether POPs were related to a person’s fat mass and, as you might suspect, a connection was indeed found. After measuring fat mass and blood levels of 21 POPs, researchers found that participants with the highest levels of PCB 105 had a fat mass that was over 10.5 pounds higher than those with the lowest levels — and this was after adjusting for other factors like physical activity, gender, height and so on.

This means that it’s possible your exposure to environmental chemicals could be causing biochemical, hormonal or other changes in your body that are making you gain weight. Researchers noted that the results “implicate a complex role of POPs in obesity,” meaning these chemicals probably impact your weight in a number of ways.

One could be their impact on how your body synthesizes the stress hormone cortisol. POPs are known to impact cortisol levels, even in utero, and this hormone promotes the storage of fat in your belly (not to mention could influence your risk of developing heart disease and diabetes).Further, a review of 450 studies found that exposure to certain endocrine-disrupting chemicals is associated with an increase in body size in humans. Of particular concern was the chemical dichlorodiphenyldichloroethylene (DDE), which is a metabolite of DDT, and the form of DDT most often detected in foods and people.

As the study’s abstract noted:

Also studies on prenatal exposure to endocrine-disrupting chemicals showed that exposure in utero could cause permanent changes that could predispose you to weight gain later in life.

Can You Reduce Your Exposure to Environmental Chemicals?

Yes, you can, but there are about 75,000 chemicals regularly manufactured and imported by U.S. industries. Rather than compile an endless list of what you should avoid, it’s far easier to focus on what you should do to lead a healthy lifestyle with as minimal a chemical exposure as possible:

By optimizing your diet you will amplify the ability of your beneficial gut bacteria to grow and colonize in your intestine. This is one of the most important detoxification mechanisms you have, as the bacteria will greatly facilitate your body’s ability to detoxify these poisons. Just remember, though, every time you eat sugar you damage your good bacteria, reduce their growth and actually increase their pathogenic counterparts, the bacteria, yeast and  fungi that actually cause disease.

Other helpful strategies include:

Are You Trying to Lose Weight?

If you are, cutting down on your chemical exposures makes sense, but I also strongly suggest you address any dietary and activity factors that could be playing a role in your weight gain as well.  For foods to focus on to optimize both your weight and your health, see my comprehensive nutrition plan. I believe when properly applied, it can improve just about anyone’s health and weight.

A crucial component that you may not have heard about before is to limit your fructose consumption to less than 25 grams per day or, ideally, 15 grams per day while you’re trying to lose weight. This will go a long way toward lowering your insulin resistance and improving the quality of your gut flora.

You will want to combine this eating program with high-intensity, burst-type exercise, as there is a growing body of excellent scientific research showing that you can perform a significantly SHORTER workout, at a greater intensity, and get BETTER results than the usual, time-consuming cardio routines.

The reason for this is because high-intensity exercises like my Peak 8 program engage a certain group of muscle fibers that you cannot engage through aerobic cardio, and engaging these muscle fibers cause a cascade of positive health benefits, including improved fat burning and boosting your body’s natural production of human growth hormone (HGH).

For more essential weight loss tips, be sure to read through my past article Eating Fat Won’t Make You Fat but These 10 Things Will.

Is Your Shampoo Making You Fat?